So far, there’s been a lot going on for me in 2014 in all respects, but I’ve managed to keep it all together for the most part. The first priority of the year was to look at my work from 2013 and pick the pieces I feel are worthy to send to the Spectrum annual. This past year I seem to have stumbled into a kind of style without quite meaning to – pencil/ink illustrations with digital colour. I realised that most of what I’d want to submit this year came from this one direction I explored, and they seemed to hang together well. 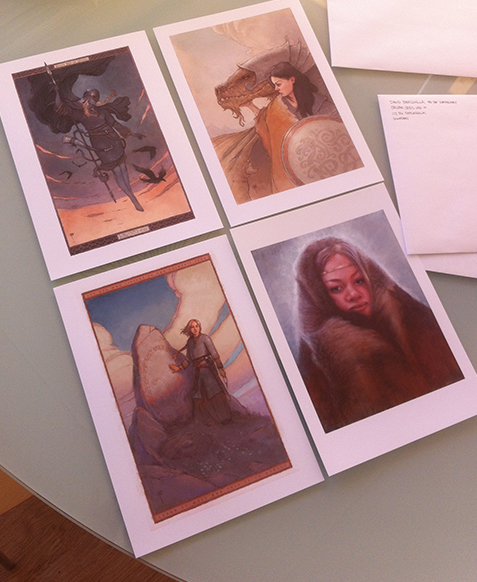 Second priority of the new year was to finish two pieces from 2013 that just needed that final push of effort to complete. I wanted to get them sorted so I could move on to new things. One of them is a larger-scale acrylic painting called Winter VI that I’ve been working on since last march, and it was great to finally wrap it up and include it in the Spectrum submissions. Howard Lyon’s amazing and enlightening post Feeling Gray Today at the Muddy Colors blog gave me the final key towards finishing  – I repainted the face for the third time and finally achieved what I was after thanks to Howard’s insights (not the best photo, sorry!): 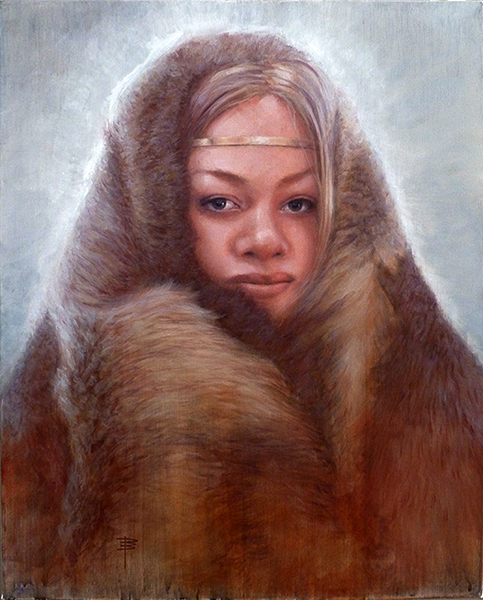 I also created two acrylic portraits to give as Christmas gifts, and was quite pleased with the results – again, it was right after reading that remarkable post, and in contrast to the nearly 11 months I spent circling Winter VI, I created this portrait of the eminent John Wheeldon in just one of the five hours I had available in which to paint it: 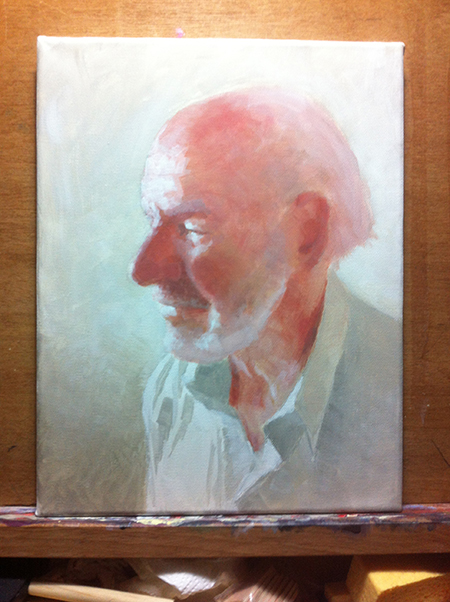 Lots more on the go and some fun new things to show already, but I’ll make other posts for them. I’ve also started the second term of my oil painting course under Barbro Runefelt- Taltavull, so I know some good things will come from that…

"When you feel like putting something into your picture or do not know what is the matter with it, take something out."